As reported by Frances Kuo: 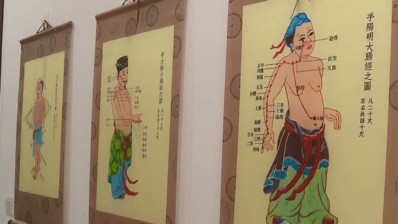 Traditional Chinese medical treatments have been around for millennia – and embraced the world over.Scientists, however, are skeptics by profession and look for that ultimate seal of approval: “proof.”As CGTN’s Frances Kuo reports, researchers are stepping up to the challenge and finding some success linking traditional methods to modern science.Acupuncture originated in China thousands of years ago and is popular today all over the world.Practitioners insert thin needles through the skin of a patient, stimulating what they call “acupoints” – to improve a whole host of conditions.But despite generations of anecdotal accounts of its effectiveness, there’s never been absolute scientific proof that it works.Recently though, Chinese scientists have made breakthroughs in understanding.Key to acupuncture’s effectiveness is the location of the acupoints, found where there are concentrations of human mast cells tied to our immune system.“The Mast Cell has a kind of sensitive protein that can feel the stimulation,” said Huang Meng, Research Assistant at Fudan University. “When it’s activated, the cell releases a kind of bio-active matter, which will, in turn, stimulate the blood capillaries and nerves around it. This will produce a signal for the curative effect.”

Scientists said they hope their work can improve acupuncture treatments around the world by eventually establishing clinical standards for treatment of various diseases.“At present, there is not a universal standard for acupuncture treatment,” said Xia Ying, Professor at Fudan University. “We are working to obtain data to provide support to modern acupuncture science.”Like acupuncture, herbal medicines lack scientific proof. But research is starting to catch up in this field, too.“Traditional Chinese Medicine aims to adjust the body homeostasis by stimulating the immune system,” said explained Lin Zhifen, Professor at Tongji University. “It has the best effect when the herbal dosage is at the level of equilibrium.” That means you don’t want to take too many herbs.Experts said the philosophy of Traditional Chinese Medicine is different from that of the West.While Western medicine mainly targets pathogens directly, its Chinese counterpart promotes balance and the body’s own immunity. Now as we increasingly see a trend where East meets West, these approaches used together we are finding a path of science can lead to both.

Two great videos for you to enjoy, just click the arrows on each video:

K2: The Supplement for Your Anti-Aging Treatments

This article was written by Tom Bayne, DC. I just wanted to share it with you as it has much great information. L.P. 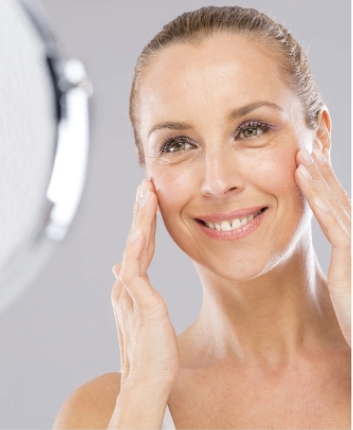 While aging as a whole is inevitable, some aspects of aging may actually be caused by a simple vitamin deficiency. That’s right – wrinkles, stiff muscles and decreased athletic performance can all be symptoms of just one micronutrient deficiency: vitamin K2.

Although K2 was discovered about 80 years ago, scientists are just now beginning to understand the major role this vitamin plays in the body. Some of the main benefits include improved heart and bone health, as vitamin K2 is responsible for removing calcium from the tissues and shuttling it back into the bone. As a result, vitamin K2 has been shown to be incredibly useful for conditions like atherosclerosis, vascular calcification and osteoporosis.1

However, some of the more recent discoveries demonstrate that vitamin K2 can play a role in the treatment and prevention of wrinkles, varicose veins, diabetes, and even prostate, breast and liver cancers.2

To maintain youthful, healthy skin, the body needs a plentiful supply of collagen and elastin. Collagen is the protein responsible for skin’s firm and supple nature, although it also plays a role in connecting the tissues found in bone, muscles, tendons, cartilage and organs. Elastin is the protein that gives structure to the skin and organs, allowing the skin to resume its original shape after stretching. Together, these proteins help maintain skin that is firm, yet elastic.

However, by age 20, collagen stores begin to decline by 10 percent every decade, which can have negative effects on the skin as well as the bones.3-4 In fact, some studies show that the severity of a woman’s facial wrinkles after menopause can actually predict her risk of osteoporosis, mostly due to the fact that collagen loss in the skin occurs at the same rate as collagen loss in the bone.5

Until now, creams and lotions have led the anti-aging movement in an attempt to replace collagen stores, but research now indicates that excessive skin wrinkling may actually be a sign of vitamin K2 deficiency.

In population studies, Japanese women appear to have fewer wrinkles and more supple skin than women of the same age living in North America.5 Some people attribute this youthful skin to Asian genetics, but even when compared to women from Shanghai and Bangkok, Japanese women appear to show the least visible signs of aging. Interestingly, the women from these three Asian groups share many similar diet and lifestyle factors, with one exception – the Japanese women have a much higher consumption of natto.

Natto, or fermented soybean, is considered a staple of Japanese cuisine and happens to be the richest food source of vitamin K2. As a result, Japanese women have much higher circulating levels of this vitamin than any other Asian population, which may account for their more youthful complexions.

One of the main reasons aerobic athletic performance declines with age is that the body becomes less effective at utilizing oxygen. The maximal ability to utilize oxygen can be measured by VO2max, an assessment of how much oxygen your body can use per kilogram of body weight. As a result, a high VO2max will indicate that a person can effectively utilize oxygen, which is often seen in well-trained endurance athletes.

Unfortunately, after the age of 30, VO2max will begin to decline. For non-athletes, VO2max tends to decline by about 10 percent every decade. However, athletes who continue their rigorous training can reduce the decline to only five percent every decade.6 The main reason that VO2max declines with age is because the maximal heart rate (max HR) decreases as well.

Fortunately, vitamin K2 appears to increase cardiac output by improving mitochondrial function. In fact, a recent study conducted at the University of North Texas found that only eight weeks of high-dose supplementation with vitamin K2 (MK-4) was associated with a whopping 12 percent increase in maximal cardiac output in aerobically trained athletes.7 Interestingly, it’s estimated to take 6-9 months of high-intensity training without K2 supplementation to achieve the same increase in cardiac output.

Researchers also reported slight increases in stroke volume and maximal heart rate in the test group, which may help explain the significant increase in cardiac output.

The good news is that many of the conditions discussed in this article can be remedied with increased intake of vitamin K2. The bad news is that vitamin K2 is fairly elusive in the modern Western diet. The best natural source of K2 is natto, which contains approximately 1,100 mcg of vitamin K2 in a 3.5 oz serving. However, natto is very pungent and bitter, which can make patient compliance a significant challenge.

Other good sources of vitamin K2 include goose liver, various organ meats, and soft cheeses like Gouda and Brie. These natural food sources contain vitamin K2 in its menaquinone-4 form (MK-4), which has a short half-life of roughly 4-6 hours. This means patients would need to consume these foods every 4-6 hours in order to maintain optimal K2 levels in the blood.

When considering supplementation with K2, research indicates that MK-7 is superior to MK-4 and vitamin K1 in regards to half-life, bioavailability and safety. It’s also important to choose naturally fermented forms of MK-7, as synthetic MK-7 currently is not as well-studied or held to the same quality standards as natural MK-7.

Dr. Tom Bayne, president of Physicians Exclusive, LLC, is a chiropractic physician specializing in nutritional therapies, and an international expert in digestive health and detoxification. His passion for holistic medicine led him to Europe, where he had executive roles at two top natural health companies.

Your body has a ‘second brain,’ and here’s how it keeps your butt smart 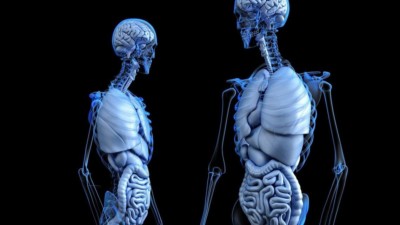 In Chinese Medicine the Intestines of the human are called “ Our second brain” for the last 4 thousand years. Now, the same term is used by western scientists. You’ve got brain cells in your butt. They make your colon smart.A team of scientists in Australia has just released a study with new findings about the bundle of neurons that live in the colon. Those neurons are a part of the body’s enteric nervous system, commonly referred to as the body’s “second brain.” It’s separate from the central nervous system made up of the brain and spinal cord.Basically, these butt neurons fire to contract the muscles surrounding parts of the colon, which then force waste through the last leg of the digestive relay race that usually takes place in the bathroom. But that much was already known among butt brain scientists.What lead author Nick J Spencer, a neurophysiology professor at Flinders University, and his team found by using high resolution neuronal imaging on mice was that the firing of these neurons down below happens in a rhythmic pattern.So whether or not you can effectively shake it on the dance floor, this particular rhythm lives somewhere deep down in the long tube of everyone’s gut. “This represents a major pattern of neuronal activity in the mammalian peripheral nervous system that has not previously been identified,” the authors write.It makes the mundane act of sitting on the toilet seem like such a wonder, doesn’t it?”One of the great mysteries of the gastrointestinal tract is how such a large populations of enteric neurons (that lie within the gut wall) actually fire action potentials to generate contractions of the smooth muscle cells, enabling propulsion of colonic content,” Spencer told Science Alert.But what’s even more, the team also thinks that this “second brain” may have really been our first brain, as far as evolution is concerned.”The newly identified neuronal firing pattern may represent an early feature preserved through the evolution of nervous systems,” according to a news release. “It has also been called the ‘first brain’ based on evidence suggesting that the ENS evolved before the CNS.” Emeran Mayer, professor of physiology, psychiatry and behavioral sciences at the David Geffen School of Medicine at UCLA, echoed those sentiments in a 2010 article in Scientific American.”The system is way too complicated to have evolved only to make sure things move out of your colon,” he told the magazine. “A big part of our emotions are probably influenced by the nerves in our gut.